The Sabroso Craft Beer, Taco & Music Festival is coming next weekend on Saturday, April 6 & Sunday, April 7 to Doheny State Beach in Dana Point!  Every year we have a blast at this event as it is full of beer, tacos, music, fun, sun, and a professional Gringo Bandito Chronic Tacos eating competition! 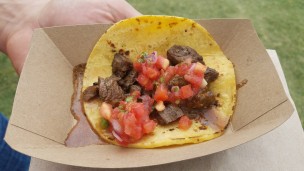 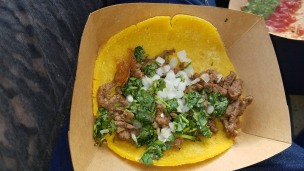 The highly acclaimed professional taco eating contest consists of professional eaters from around the world competing for cash prizes and the coveted title of Gringo Bandito Chronic Tacos Eating Champion. Returning Champion, Takeru Kobayashi is back this year to compete for his title! 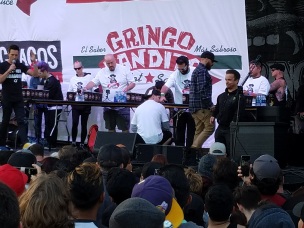 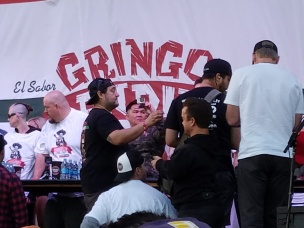 This championship brings together top tier professional eaters to test their skills and speed at taco eating. This year, competitors will rush to consume as many chicken Chronic Tacos as possible in 10 minutes. Among the 8 professional eaters is the prominent world-champion eater, Takeru Kobayashi, from Nagano, Japan. 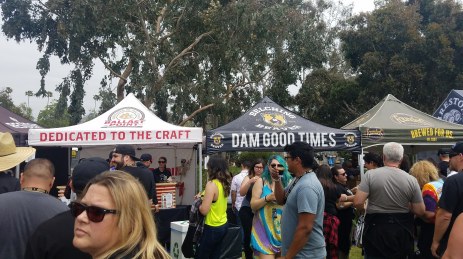 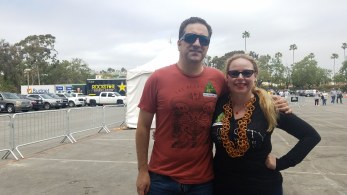 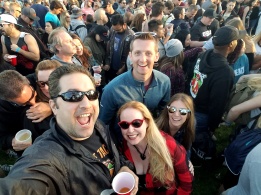 In addition to the taco eating contest and unlimited craft beer samplings from 1-4pm (Noon-4pm for VIP) both days, attendees will enjoy live performances from The Offspring, Flogging Molly, Bad Religion, Descendents, Good Charlotte, Black Flag, and more, as well as Lucha Libre style wrestling matches!  Attendees are also invited to sample all flavors of The Offspring lead singer Dexter Holland’s top-rated hot sauce – Gringo Bandito.  My hubby swears by this hot sauce as being his favorite. I am not a super spicy kind of gal, but I certainly trust his judgement as he regularly eats hot sauce on everything! Tacos from top Southern California vendors including Chronic Tacos, Panchos Tacos, Border Tacos, Vegan Taco Company, Spicy Bite, and more will be available for purchase all day. 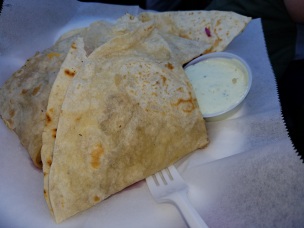 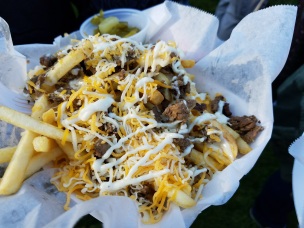 Single Day tickets for this event start at $49.50 (plus fees), and weekend tickets start at $89.50 (plus fees), while supplies last. For this family-friendly event, kids 7 and under get in free with an adult ticket holder.  This is a change from last year when the event was only 21 and over. 😊 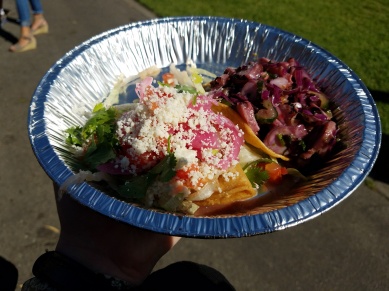 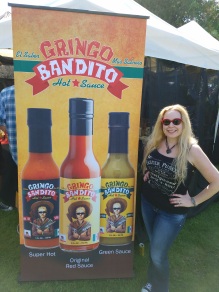 Performance times for Sabroso are as follows (subject to change): 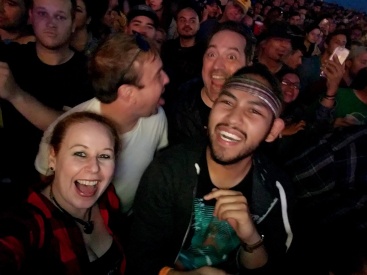 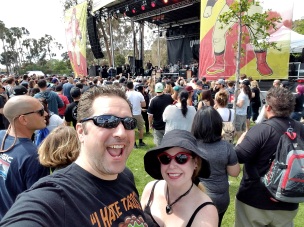 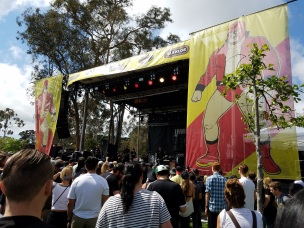 One of the key sponsors of this event is Gringo Bandito Hot Sauce, which is a company started by Dexter Holland, the lead singer of Offspring himself. The band Offspring is at this event every year as the headliner.  Red, Super Hot, and the Green Hot Sauce regularly float around my kitchen as my husband is always coming up with new innovative dishes that are drenched in this sauce. His personal favorite is the green sauce on fish and chicken.  To read a little more about Gringo Bandito, see paragraph below. 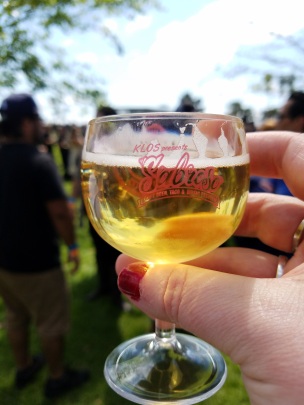 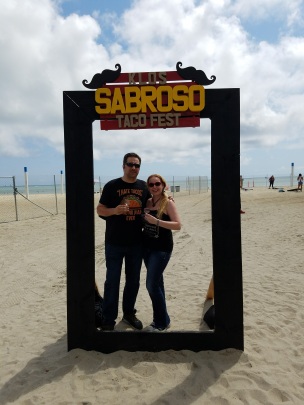 Gringo Bandito was started in 2004 by Dexter Holland, singer for the multi-platinum punk rock band The Offspring, more as a hobby than a business. “I just thought it would be cool to have a hot sauce,” says Holland. “I gave away the first batch as Christmas presents to my friends.” The response to this new hot sauce was so overwhelming that Holland decided to put it out commercially. Sales were modest at first, and the hot sauce was distributed only in Holland’s native Southern California. “It has always been a DIY operation for sure,” Holland says. “It started small but it has just kept on growing.” After several years and over a million bottles later, Gringo Bandito hot sauce has garnered a worldwide audience and a loyal following. “We’re not the most well-known hot sauce out there,” says Holland, “but once people try it, they’re hooked.” Gringo Bandito is now sold in Australia, Japan, Canada, Finland, Switzerland, UK, Poland, Germany, Belgium, Hungary and coast to coast in the US and can be found in the top 10 on Amazon.com’s highest customer rated hot sauces amongst 5000+ other products. 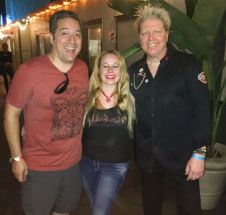 My love and I with Dexter Holland, Lead Singer of Offspring at October 2017 Irvine Offspring concert 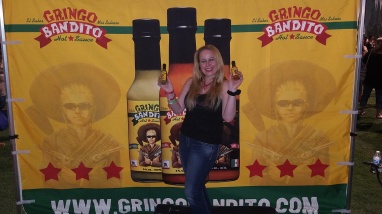 This event is always a great time!  Hope to see you there for live music, great food, beer, and fun entertainment!  Happy taco eating!