A few weeks ago I was fortunate to attend the 20th Annual Epcot Center Food and Wine Festival located at Walt Disney World in Orlando, Florida!  My husband and I had such a great time walking around from country to country in Epcot Center and having a chance to taste a variety of different foods. We are both huge Disney fans, as well as foodies and wine lovers, so we were so grateful for this opportunity. 🙂

In addition to sampling foods from around the world and visiting all four fabulous Disney Parks, I had the opportunity to support one of my favorite produce companies, Melissa’s Produce! Melissa’s is based out of Vernon, California and they provide fresh produce to a variety of restaurants nationwide, as well as grocery stores and specialty stores!  They are also known for being involved with several corporate sponsorships, one of them being the Epcot Food and Wine Festival at the Disneyworld resort!  Not only is Melissa’s Produce the proud display sponsor of the annual Epcot Food & Wine festival: “Party for the Senses – Eat, Drink and Celebrate” event, they also had a pretty cool potato demonstration called, “Back to Basics,” that I had the opportunity to attend the weekend of October 2-4, 2015! See a few of my photos from the Party of the Senses Dinner below. 🙂

Melissa’s Produce not only supplied hundreds of pounds of fresh fruits and vegetables to the event, they also shared all about Baby Dutch Yellow Potatoes and how to cook with them!  Robert Schueller, Melissa’s Produce guru (he knows everything about fruits & veggies!!) and Chef Ida Rodriguez, Melissa’s Produce Chef and Co-Author of book, DYP’s – The Perfect Everyday Potato Cookbook collaborated to share with us about a variety of different  potatoes, how long they stay fresh and what types of dishes can be created with each potato! Did you know that you can actually use potatoes to cook a variety of gluten-free desserts?  I did not until I watched this presentation! 🙂

An awesome fact that I learned about potatoes was that you should not store onions near them because they change the flavor of the vegetable. I also learned that Dutch yellow potatoes are one of the potatoes that last longest (3 weeks). Also, it is important so keep your potatoes at room temperature. I am guilty of putting these babies in the refrigerator and in the future, I will no longer do so because when refrigerated, they tend to lose flavor.

In addition to savory recipes that can be made with potatoes, there are also a variety of dessert recipes in the DYP cookbook that was also being sold at the event!  I happen to own this cookbook, so I took a peek to share my favorite recipe with you from the book…They have Peanut Butter cookie sandwiches and they are gluten-free! For this recipe, all you need are oats, brown sugar, Dutch yellow potatoes, peanut butter, and raisins for the cookie. For the filling, you need butter, powdered sugar, salt, vanilla extract, and whole milk. They are pretty simple and they are gluten free. For this specific recipe as well as 153 other recipes in addition to this one, feel free to order this book on Melissa’s Website –> Dutch Yellow Potato Cookbook.  For only $19.99 & free shipping, you get 154 potato recipes! Enjoy those potatoes! Harvest time is summer and fall, so this is the best time for cooking with potatoes! 🙂 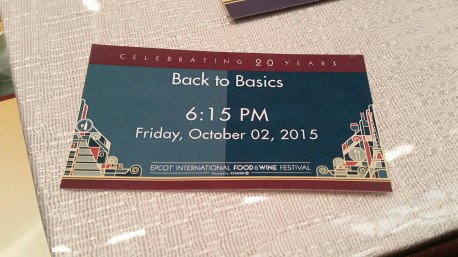 Arriving in Orlando for the Epcot Food and Wine Festival 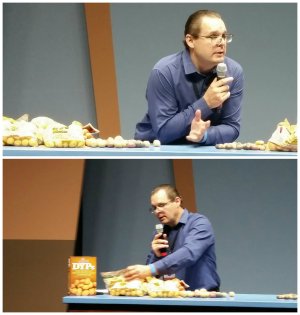